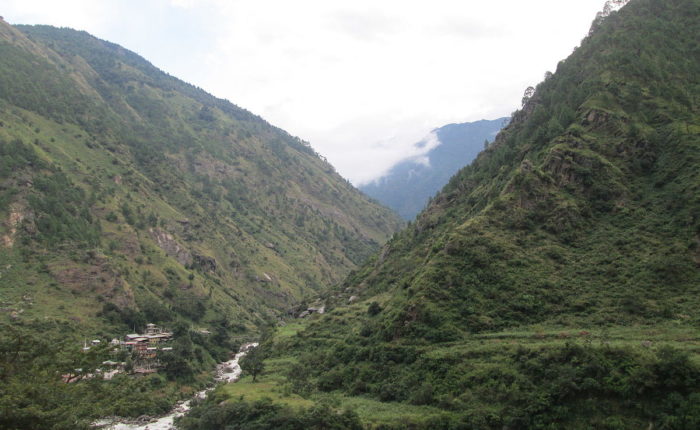 Langtang is a region in the Himalayas of Nepal to the north of the Kathmandu Valley and bordering Tibet.

The Langtang National Park is located in the area. About 4,500 people live inside the park, and many more depend on it for timber and firewood. The majority of the residents are Tamang.

The park contains a wide variety of climatic zones, from subtropical to alpine. Approximately 25% of the park is forested. Trees include the deciduous oak and maple, and evergreens like pine, and various types of rhododendron. Animal life includes Himalayan black bear, the goat-like Himalayan tahr, rhesus monkeys and red pandas. There are also stories of Yeti sightings.

The park contains the Gosainkunda lakes, sacred to Hindus. Pilgrimages are made there in August. Another spiritual site is the Buddhist monastery Kyanjin Gompa.

Popular activities for tourists in the park include trekking, climbing, and white-water rafting.

Langtang village has been completely swiped away by a massive avalanche followed by the earthquake in April 2015.The village suffered an estimated 310 deaths, including 176 Langtang residents, 80 foreigners, and 10 army personnel. More than 100 bodies were never recovered.