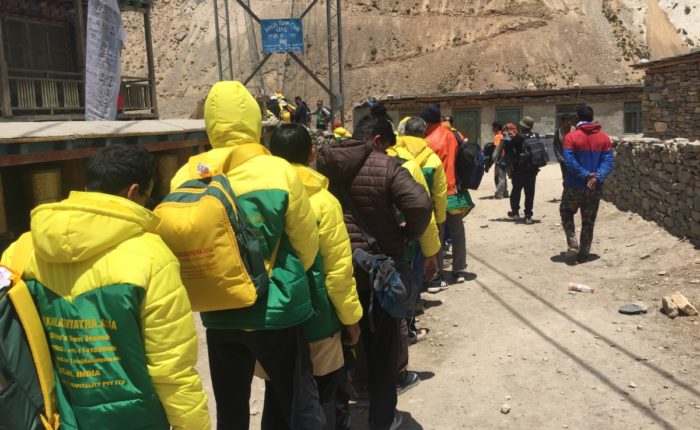 The Tamil Nadu government  doubled the number of beneficiaries to 1,000 under the subsidy scheme for undertaking Manasarovar and Mukthinath pilgrimages in view of good response to it. The increase in the number of beneficiaries would entail an additional expenditure of Rs 1.25 crore to the government . “There is a good response among pilgrims in Tamil Nadu to embark on Manasarovar and Mukthinath yatra,” Chief Minister K Palaniswami told the state assembly announcing the measure.

At present subsidy was being extended to 500 pilgrims under the scheme, launched by late chief minister Jayalalithaa fulfilling her 2011 electoral promise to provide subsidy on the pilgrimage cost of people visiting Manasaraovar in China and Mukthinath in Nepal. Till now, out of the total 500 pilgrims, subsidy was forgiven to 250 pilgrims visiting Manasarovar and an identical number of those going to Mukthinath. The government came forward to bear Rs 40,000 per yatri for Manasarovar pilgrimage, it was Rs 10,000 in respect of Muktinath trip. ( source indian express)