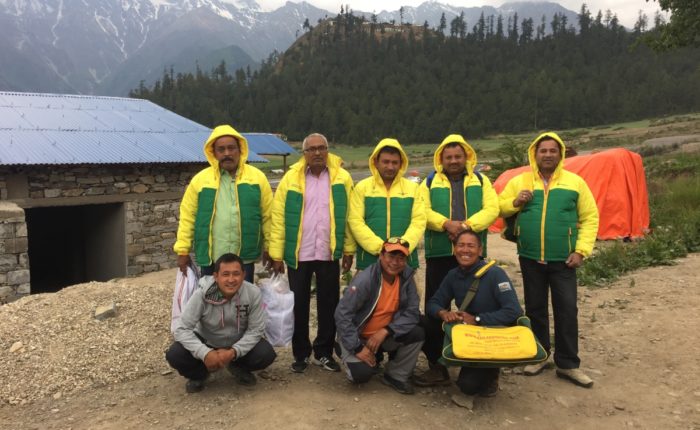 A body of Hindu seers has urged the Uttarakhand government to double the subsidy it grants to Kailash Mansarovar pilgrims.

This was after cabinet minister Satpal Maharaj  gave the nod for increasing subsidy from Rs 25,000 to Rs 30,000, which is at par with the grant given by Delhi.

Bharat Sadhu Samaj vice-president Brahamswarup Brahamchari said Uttarakhand being the ‘abode of gods’ should open “its heart for the pilgrims”. “Given the fact that Uttarakhand hosts the Kailash yatra, the state should increase the subsidy amount to at least twice of what it grants at present.”

Another seer, Haridwar-based Maha Mandaleshwar Hari Chetannand Maharaj, said it was a welcome step that several states were coming forward to help the Kailash Mansarovar pilgrims. “But the ambit of subsidy should be extended to other pilgrimages as well,” he said.

The Ministry of External Affairs conducts the Kailash Mansarovar pilgrimage for which it shortlists the pilgrims out of several hundred applications it receives. Currently, the fee for undertaking pilgrimage is Rs 3.50 lakh, which may go up to Rs 4.80 lakh as per a recommendation made by the Kumaon Mandal Vikas Nigam Ltd (KMVN), an Uttarakhand government entity and nodal agency for the pilgrimage.

Chhattisgarh, Delhi, Gujarat, Karnataka and Madhya Pradesh are among the other states that provide money to their residents going for the pilgrimage. Gujarat had announced subsidy for such pilgrims in 1998. The western state provides Rs 20,000 in subsidy, Haryana gives Rs 50,000 while Rajasthan is at par with UP, granting Rs 1 lakh subsidy for their pilgrims.

Dharchula in Uttarakhand falls along the route of the Kailash Mansarovar pilgrimage. Pilgrimage from another route – Nathu La – was stopped last year in the backdrop of the Doklam crisis. The pilgrims, who were supposed to take the route from Sikkim, were later accommodated in the batches that started from Uttarakhand. Beginning from May every year, the pilgrimage snakes from 17,500 ft high Lipulekh pass and culminates at Kailash Mansarovar lake.