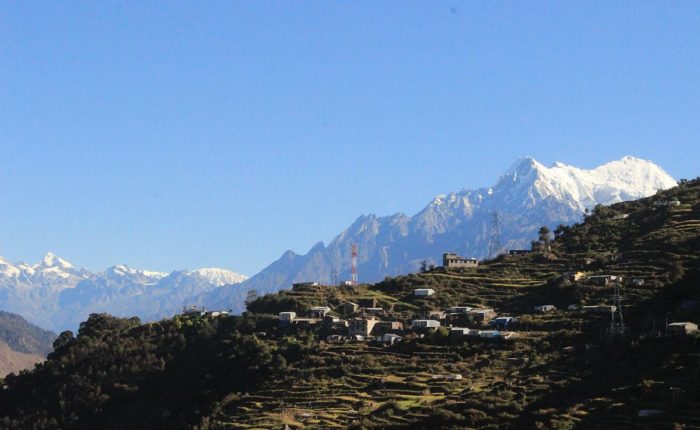 Rasuwa District(Nepali: रसुवा जिल्ला), a part of Province No. 3, is one of the seventy-five districts of Nepal, a landlocked country Nepal, South Asia. The district, with Dhunche as its district headquarters, covers an area of 1,544 km² and has a population (2011) of 43,300. As per census 2011 total households in Rasuwa district is 9,778.

It is the smallest district by area, among 16 districts in the Himalaya region of Nepal.

Origin of its name had begun as ‘Rasowa’ which is believed to be derived as a combination of two Tibetan words ra (meaning: lambs) and sowa (meaning: grazing) as it was famous for its lamb and grazing lands. And later people started to call it Rasuwa. The administrative division of Rasuwa comprised 5 Rural Municipalities. Rasuwa is accessible by bus from Kathmandu (national capital) via Pasang Lhamu highway (H21), with its headquarters (Dhunche) being about 120 km from Kathmandu. As of 2013, 3 VDCs namely Thuman, Langtang and Haku is not touched by any kind of roadway.

Its territory has elevation ranging from 614 to 7,227 meters (2,014 to 23,711 ft) from mean sea Level. Forests cover 31.43% of the land while 16.63% is always snow-covered. Steeply varying territory and plenty of natural blessings make Rasuwa a famous tourist destination in Nepal. Sightseeing places including Gosaikunda Lake and Mt. Langtang plus one of the hot springs in Nepal (locally called Tatopani) are located in the district.

Rasuwa is rich in natural resources. Langtang mountain range stands to the north of Rasuwa. The northern parts of the area largely fall within the boundaries of Langtang National Park. Gosainkunda Lake, Ganja La Pass, and Tamang village in Bridim are the major highlights of Rasuwa for tourism. The Goshainkunda Lake, also known as “Frozen Lake”, one of the most beautiful mountain lakes lies in the Langtang region. There are about 108 kundas (lakes) in this area. Saraswati Kund, Bhairab Kund, Surya Kund and Gosaikund are most important ones. Langtang valley is another attraction in Rasuwa which is aptly called the valley of glaciers; mountains rise soaring toward the sky. The valley offers pine forest, swift mountain streams, rugged rock and snow-capped peaks, grassy down and meadows strewn with daisies and wild animals.