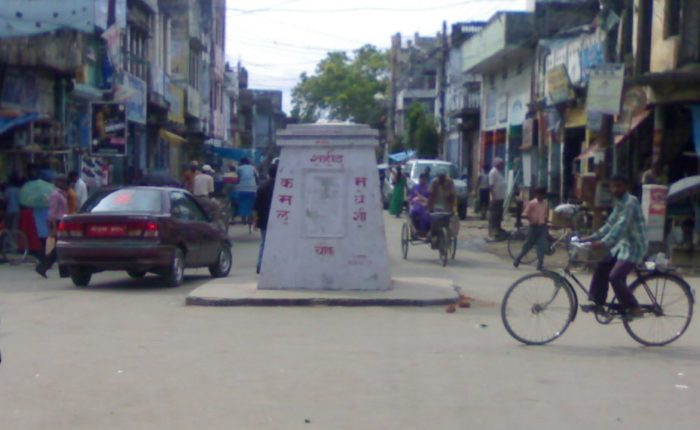 Nepalgunj – Big City with Airport After Kathmandu during KMY Yatra

Nepalgunj ([nepaːlɡəndʒ]), also spelled Nepalganj, is a Sub-Metropolitan City in Banke District, Nepal. It lies on the Terai plains near the southern border with Bahraich district in Uttar Pradesh. Nepalgunj is 153 kilometers south-west of Ghorahi and 16 km south of Kohalpur. Former Village Development Committee: Udayapur, Bhawaniyapur, Piprahawa, Jaispur, Paraspur, Indrapur, Khaskarkado, Bashudevpur, Manikapur and Puraina were added to territory in order to make it Sub metropolitan city on 2071 Paush 28 and later Puraini was also added in list on 2072 Paush 21. Further, while restructuring of local levels nationwide, ward no. 23 (former Indrapur VDC) was taken out to Janaki Rural Municipality and ward no. 7 of Hirminiya VDC was added to Nepalgunj.

The Dhamboji neighbourhood is the center of the city and main business hub. The 24 km long Surkhet Road runs through the middle of the city.

The 2011 census counted 73,779 inhabitants, with 20% growth since 2001. Nepali is spoken natively by Paharis as well as by people of other ethnicities as the national language and lingua franca. The mother tongue for the native inhabitants is still Awadhi, which is understood and normally spoken by the entire population of the district.

Nepalgunj has a diverse culture with people from different faiths living within mixed communities. Hinduism and Islam are two major religions in the city, with Hindus comprising the larger percentage of the population. The city also has followers of other religions like Buddhism, Sikhism and Christianity. People of different ethnicity are known to have traditionally lived together, without any significant conflicts.

However, recent conflict occurred in December 2006 between the Pahari people and the Madhesi people, following immediately after the 2006 democracy movement in Nepal. The conflict resulted in the death of at least one person, while dozens of others were injured.