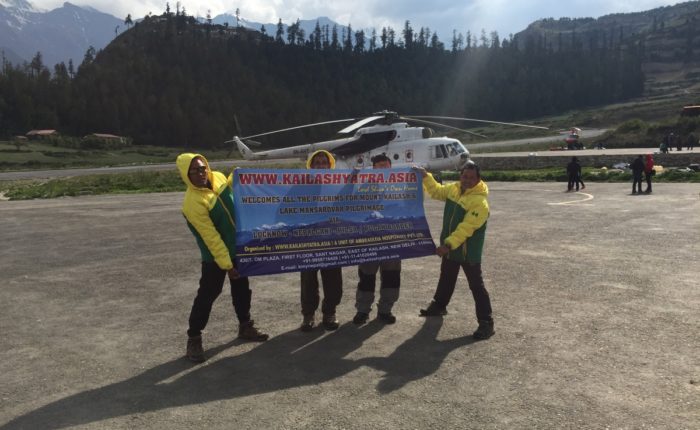 Arrangements for the Kailash Mansarovar Yatra, which is set to commence on June 12, are being put in place by the Kumaon Mandal Vikas Nigam (KMVN) and other agencies involved in the yatra’s co-ordination. A total of 18 groups of pilgrims are scheduled to arrive at Kathgodam on June 12 from where they will be taken to Almora. Each batch will include 60 pilgrims travellers.

Talks are also on for airlifting small vehicles by Air Force choppers to Gunji in Pithoragarh district, which is a key transit point of the yatra. If the proposal materializes, around 20 km of motorable distance will be covered by vehicles instead of by foot.

“Preparation for the yatra is on full swing. All arrangements are almost in place and we will make sure that the pilgrimage is conducted without any hurdle. Ranging from medical facilities to providing local and other cuisine, KMVN is trying to ensure that the best is available for the pilgrim,” said D.K. Sharma, divisional manager, KMVN.

Teams comprising doctors and medical facilities will be posted at four locations — Sirkha, Boondi, Gala and Gunji. Each post will be have all the necessary equipment, including stock of oxygen cylinders, for pilgrims. Apart from the four medical posts 20 medical teams have been formed with a team each comprising a doctor and ward boy accompanying each batch of pilgrims to extend help in case any medical eventuality arises.

Indo-Tibet Border Police will look after the medical facilities from Gunji to Lipulekh pass. A makeshift hospital has already been constructed by the ITBP for pilgrims.

“We will welcome the pilgrims in the traditional way with Kumaoni folk music and dance. The guests will be served Kumoani cuisine along with other food items to make them experience local culture and tradition. A cultural evening is planned for the pilgrims at Almora,” added DK Sharma, divisional manager, KMVN.

Local artistes and musicians will welcome the pilgrims and and entertain them by a Choliya dance performance. Artistes will play traditional instruments such as the turi, nagphani, ransing, dhol, damau, masakbeen (a kind of bagpipe), nausuriya muruli (a nine-note flute) and jyonya ( a type of double flute) widely used in folk arts of Kumaun.
The pilgrims will be treated to local cuisine such as kheer of ‘jhangura’ and a special tea famous by the name of ‘marjya’, which is widely consumed to beat the cold in high altitude areas of Kumaon.

Fabricated huts resistant to snowfall will be erected for the pilgrims to stay in high altitude halts like Circa, Gala, Budhi and Gunji. Those who clear the high altitude medical check-up at Gunji, will be allowed to travel to Nabhidang and ahead to complete the pilgrimage.
The yatra will be conducted through two routes — Lipulekh pass in Uttarakhand and Nathu La in Sikkim/ A new motorable route through Nathula was added after a memorandum of understanding was signed between the two countries during Prime Minister Narendra Modi`s visit to China in September 2014.
Read Full Article Here  http://timesofindia.indiatimes.com/city/dehradun/Kumaon-gets-ready-for-Mansarovar-yatra/articleshow/52244165.cms
0Shares
PrevNext